What would you do with $1,500? Spend it on a long weekend away, pay down your credit card debt or squirrel it away for a rainy day?

New Galaxy research from hipages has revealed that Aussies are spending an average of $1,500 fixing damage caused when a ‘do-it-yourself’ repair, maintenance or renovation job goes awry equating to a whopping $3.53 billion wasted annually.

“We’re a very house proud nation and many of us take inspiration from popular renovation TV programs. However, the research suggests that a lack of knowledge about DIY projects is costing Aussies in more ways than one – often making the issue worse and causing additional financial strain,” says Stuart Tucker, hipages Chief Customer Officer.

As many as one in five Aussies, the equivalent of 2.3 million homeowners, admit they have attempted to complete a repair or renovation for their home that went wrong, requiring a qualified tradesperson to fix, or re-do the work. The research found that men (12 per cent) are more likely than women (5 per cent) to say they prefer to do jobs around the home themselves without the help of a professional, though 22 per cent of men admit their dodgy DIY required a professional to fix.

hipages tradie, Chris Smith from Eze-Flow Plumbing recounts a recent job fixing a shonky shower which a homeowner tried to DIY. “A client attempted to install a shower rail and unfortunately drilled through the copper pipe. He wasn’t aware of the issue until he had his first shower and water sprayed out flooding the third floor of his house, whilst he was enjoying his shower completely oblivious to the chaos he‘d created! He needed more than a bath mat to mop that mess up!” 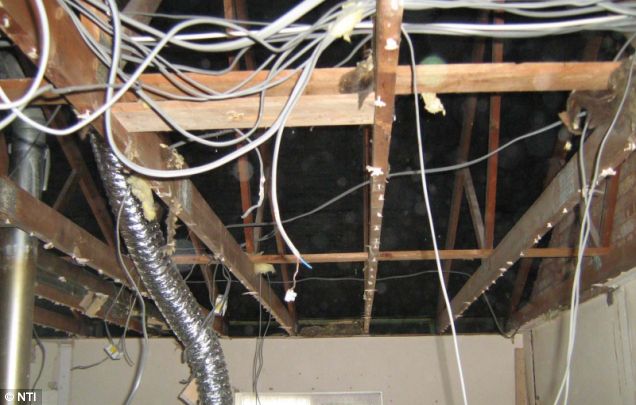 “It’s unsurprising that in the current economic climate, homeowners are searching for ways to save money, though misjudging projects can be costly. We encourage homeowners to save money through smart decision making, including comparing quotes and using qualified, licensed tradespeople to get the job done right, the first time” says Mr Tucker.
The Galaxy research highlighted that almost half of Australian homeowners find great enjoyment getting their hands dirty and managing a job themselves, with 46 per cent of men agreeing that DIY gives them a greater sense of satisfaction and 38 per cent saying they really enjoy working on their home.

Encouragingly, there are a number of homeowners who recognise most jobs require the diligent work of a qualified, licensed tradesperson with 64 per cent of Aussies saying they’d hire a tradie as they themselves lack the knowledge and skills to complete the work. One in three homeowners also say that using a professional tradesperson gives them peace of mind with another 37 per cent recognising that it saves them time.

To help homeowners make informed decisions about jobs around the home, hipages has develop a list of typical tasks that should not be undertaken as DIY and actually require the work of a qualified tradie;

hipages is an Australian platform designed to make hiring a trusted, qualified tradie as easy as possible. Homeowners can receive up to three quotes from local tradies for jobs posted to the platform, allowing negotiations on price and timings of jobs. All tradies are licensed professionals, verified regularly by hipages.

Since 2004 hipages has helped over 1.5 million Australians get jobs done around their home, and will continue to help make this an easy, hassle-free experience for homeowners and tradies.