If you’re going to road test a whole fleet of Ford SUV’s, there’s some places that are good to do it. Mountainous, unpredictable surfaces with changeable weather conditions are three things you want right? Well… how about the volcanic surrounds old US military airbase in the Philippines? Well, that’s exactly what Ford Australia took us to do. I know it all sounds a bit lah-de-dah and that you’re thinking that just because I’ve been invited by Ford that I’ll only say nice things about them then you’re wrong. Saying that though, they are lovely people!

A car, whatever make, model, shape, size or type is usually a lifestyle choice. Many factors come into play; kids, proximity to work, type of work, type of house/parking space(s), environment and many more. This-Is-Why most manufacturers have such broad ranges nowadays so that they can capture whatever segment you’re in. 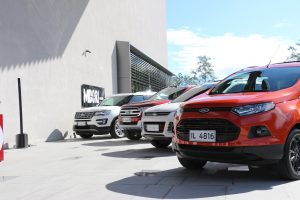 The Ford range we’re covering is their SUV range. From the tiny Eco Sport? to the great big Expedition, they’re all here. And don’t they all look smart. I particularly like the look of the Explorer. Sadly and Just to clarify, the Explorer and the Expedition aren’t available in Australia and at the time of writing, there are no plans to bring either model Down Under. 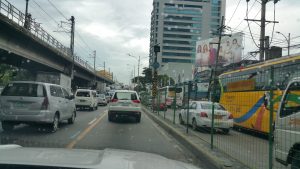 To set the scene, Manila is MENTAL! Where we were based was supposed to be about 3 hours drive north at a place called Clark, a former US military air base but it took us over 5hrs due to the amount of traffic. You think Sydney or your local big city is bad… you ain’t seen nothing! I’m sure there are road rules but I didn’t see any. Motor bike/scooter riders mostly weave through traffic not wearing helmets and then there’s the Jeepny. More on that beast later. 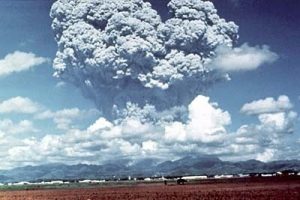 So the US packed up and shipped out just 2 days before Mount Pinatubo decided to erupt and reek absolute havoc on the area. The eruption had fortunately been predicted by seismologists so they evacuated most but sadly some couldn’t be saved. Towns, villages, everything got covered by 10,000,000,000 tonnes of magma (Ash and rocks mostly) and 22,000,000 short tons of sulphur dioxide, which over the following months caused a sulfuric acid cloud that led to the global temperatures dropping by 0.5 from ’91 to 1993. Not only did the eruption happen but there was also Typhoon Yunya in the area which took the magma and spread it even farther, to make the devastation even worse… Thank goodness they were able to predict and evacuate, which saved tens of thousands of lives. It was in fact, the second biggest eruption of the 20th century and you can read more about it here. The ash and rock (magma) that spewed out created lahars, which means ‘flowing lava’, it also created mountains on land that was once flat. This grey sandy ash basically still acts like quick sand when it’s wet so it’s still dangerous if you don’t understand how it acts. Fortunately, we had some wonderful local guides to help us out when we drove over the lahars in the Ford Everest who told us which settings to use and how to approach each section and when it came to the wet bits. We had to drive between 30-40kmh or we’d have got bogged down and needed a tow out. That was a LOT of fun! 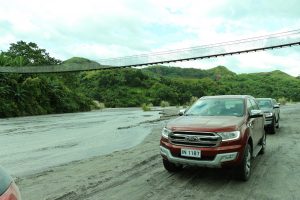 They now use the ash as an ingredient of cement, so the area is being (re)built with the very thing that totally devastated the area, which must be quite emotional for those who were affected by events back in 1991.

The streets around Clark and Angeles are not as busy as Manila but in peak times, they provide their own unique challenge… like goats, dogs, children as well as similar driving standards to the capital. In our briefing, we were told to be prepared for all of the above as well as motorbikes with sidecars and the king of the road in the Philippines, The Jeepney! When you are in close proximity to a Jeepney on the road, we were told in no uncertain terms that the Jeepney will be the winner! Just let them go and stay out of their way. That is exactly what we did. When I say we, I mean me and my co-pilot Dean. Deano is a bit of a legend in the Off-Road world in Australia and I couldn’t have asked for a better person to share a car with, so thanks ‘old mate’.

We did a challenge in the Ford Eco Sport where we had to drive to one of the oldest shopping markets in the Philippines and pick up a few things, a bit like the Amazing race. Dean and I took this very seriously and made it back to the car first with our typical Philippines souvenirs, a packet of traditional Philippine chips (crisps) and a box of coconuts. I picked a nail clipper key ring that also serves as a bottle opener… Classy right! 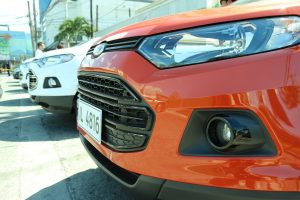 The Eco sport was easy peasy to drive and from the start to the finish via a café handled all the rigors of the local roads well. I had a play with the ‘Manual Mode’ on the gear stick but soon went back to fully auto as I think Ford could do better and full auto is brilliant by comparison. At the café, we were introduced to a colourful local afternoon pick-me-up called ‘Halo-Halo’, which means ‘Mix-Mix’. I can still taste it now! A mix of beans, coconut, custard, milk, crushed ice along with some other stuff that I have no recollection of, that is super sweet. It’s ingredients vary from region to region but the two things that remain are that you keep mixing and eating as you go and that it’s sweet. Did I mention that it’s SWEET! 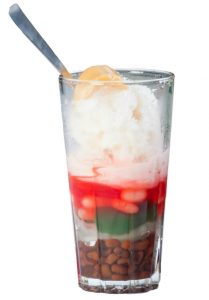 When you get off the beaten track and into the countryside, it’s a mix of open space, hills and villages. This part of the country has lots of these villages that are basically like shanty towns or favelas where animals roam, kids play in the street made of dirt, mums are washing or cooking, dads are fixing things or out at work if they can find it, but the one thing that they have in abundance, is smiles. Everyone is happy to say hello or wave, there is a real sense of community amongst all the poverty. From what we saw there it makes me feel incredibly blessed. 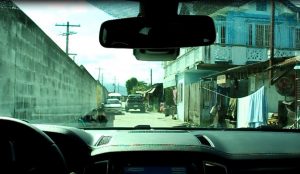 The Ford Explorer was next up and off to a relaxing Eco Resort deep in the mountains. This is where we encountered the local wildlife running free in the streets. We were told that the buffalo and dogs will move with a honk of the horn but the goats will not. True! The Explorer is what you’d class as an on-road suv and as such was an absolute pleasure to drive, well, on the road. It can still take on the dirt and has off road settings similar to the Everest, but it’s more suited to the highways. The cabin is extremely quiet at low to medium speeds and the V6 engine has a lovely note when wound up. Which Dean and I did quite frequently! It’s a shame they aren’t bringing it back to Australia, it would definitely expel a few old myths and would be a brilliant replacement for the aging Territory. 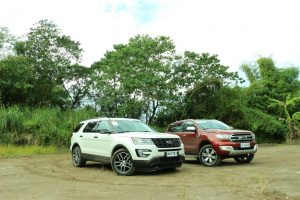 Last but by no means least was the Escape or the Kuga as we know it in Australia. It’s going to be the Escape again soon start forgetting the name Kuga and start thinking Escape. Got it? Good. The Escape and the Eco Sport are the lifestyle cars of the range for me as they don’t have the off-road capability of the Explorer or the Everest but they do have the look. You know the higher clearances, rugged looks and raised driving position. They both, like the other two are very ‘Car-Like’ in their driving manor and as such are more than happy nipping in and out of the crazy traffic and avoiding stray wildlife. 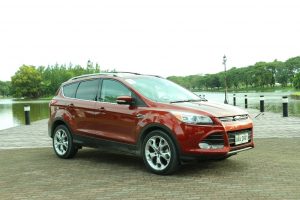 The Ford SUV range like the SUV experience, is very well organised and thoroughly well crafted. My advice, as always is to go and have a look for yourselves to see what fit’s your lifestyle. You never know, like the Philippines did for me, it might change your outlook on things…